Phases of Primary One Registration Exercise

From 2012 onwards, the Ministry of Education (MOE) will implement measures to further differentiate between Singapore Citizens (SCs) and Permanent Residents (PRs) at the Primary One (P1) Registration Exercise. When balloting is necessary in a specific phase, SCs will be given absolute priority over PRs. SCs and PRs will continue to be eligible for the same phases, and all applicants will be admitted if the total number of applicants in any phase does not exceed the number of vacancies. However, if the number of applications exceeds the number of vacancies in a specific phase, SCs will be admitted first ahead of PRs, before home-school distance is considered.

Starting from the 2014 Primary One (P1) Registration Exercise, the Ministry of Education (MOE) will reserve 40 places in every primary school for registrants in Phase 2B and 2C (20 places for each phase) to ensure continued open access to all primary schools.

From the 2015 Primary One Registration Exercise, a child who gains priority admission into a school through his/her distance category is required to reside at the address used for registration for at least 30 months from the commencement of the P1 registration exercise.

From the 2018 Primary One Registration Exercise, children attending MOE kindergartens situated within primary school compounds will be eligible to register under Phase 2A2 of those schools.

Category 1: Children who are Singapore Citizens or Singapore Permanent Residents

For a child who has a sibling studying in a school of choice. All children registered under this phase will be given places in schools.

For a child who is ineligible for or unsuccessful in earlier phases. Schools that balloted during Phase 2C registration.

For a child who is unsuccessful in gaining a place in a school of choice at Phase 2C. Schools with Phase 2C supplementary vacancies.

fiber_new Schools that balloted from Phase 2A1 to 2C supplementary lock_open Includes details like balloting for 1km, 2km, Singaporean or PR etc. From 2019 Primary One Registration exercise only

Category 2: Children who are neither Singapore Citizens nor Singapore Permanent Residents

For a child who is neither a Singapore Citizen nor a Permanent Resident.

Children who are Singapore Citizens or Singapore Permanent Residents and who have not registered at any of the earlier phases are also eligible to register at this phase. Registration in this phase will be done on a first-come-first-served basis. 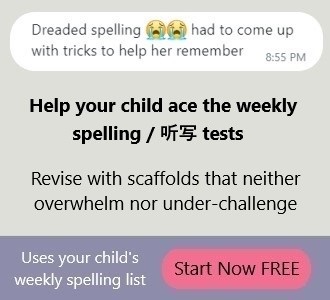 《口罩小衛兵》by 林孜育 This lovely picture book is a clever way to explain to your child the importance of wearing a mask when you're sick. The illustrations are cute and the text is engaging. I especially like the interactive page where both parties can protect themselves as long as one of them wears the mask 🤭#😷 A timely book when everyone is worried about the coronavirus. This book is made available as a printable by @miiiamia . #口罩小衛兵#chinesebooksforkids #coronavirus #surgicalmask #printables #learningaboutgerms